Pleistocene Biomes in the Midwest 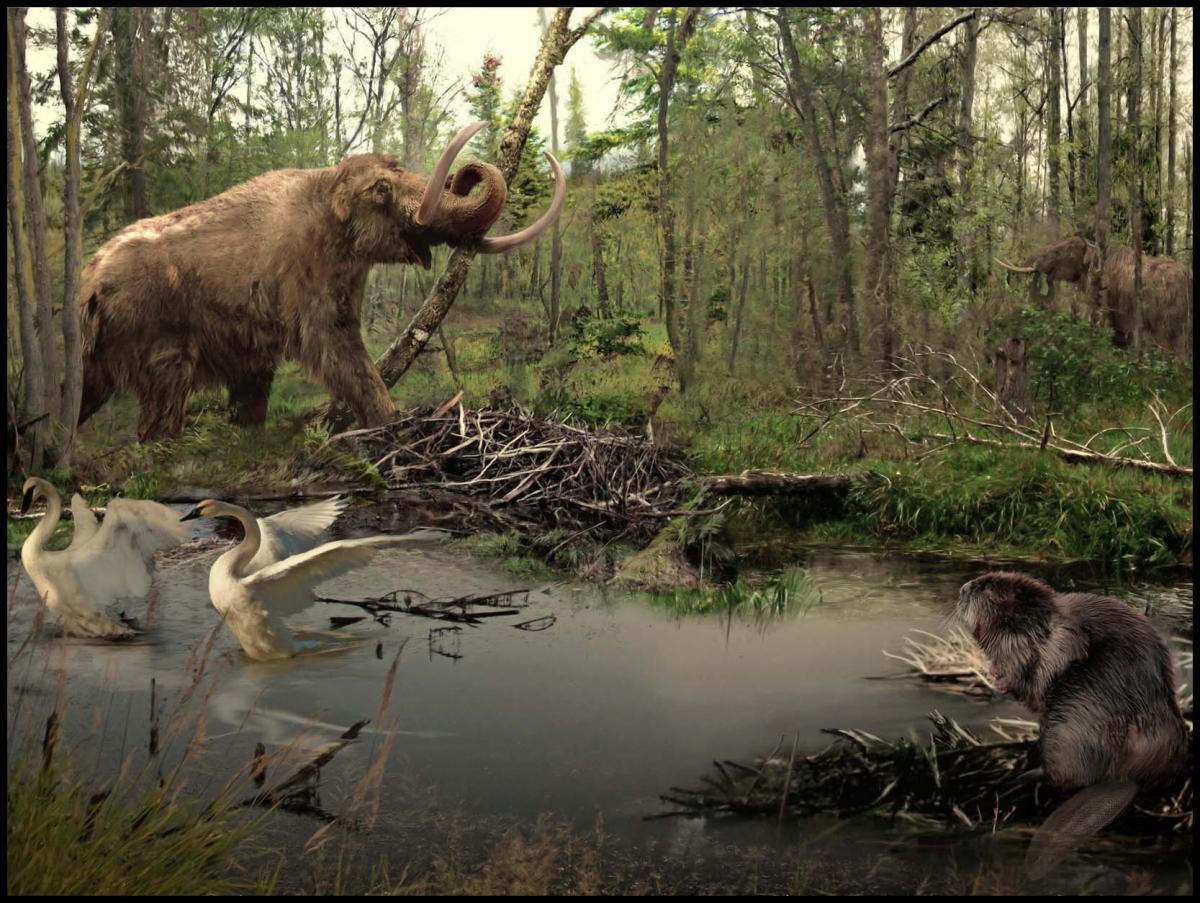 The landscape of the Midwest was very different during the terminal Pleistocene. Although glaciers were retreating, much of the Midwest was still under ice. Some areas had been only recently deglaciated. These areas may have been covered with bare sheets of till that were slowly being revegetated. Large, proglacial lakes formed where morraines dammed the water coming off the melting glaciers. Dust storms were depositing thick layers of loess (windblown dust) over many areas. Lakes, marshes, and mires were common.
The climate was also quite different in the area. Temperatures in the summer were significantly cooler than today. Winter temperatures were colder than those experienced today but not dramatically so. Because of the cooler climate, many of the plants and animals that inhabited the area were different than those found in the region today. Indeed, many of these species are now either extinct or found in cooler regions to the north.  At the ISM, we have been able to reconstruct many of the local biomes in this region through ongoing palynology research. Today scientists can reconstruct ancient biomes by studying pollen from trees and other plants that has been preserved in lake sediments (muds) and in peat. They can describe the changing forests and landscapes of the Midwest for periods of time stretching from tens of thousands of years ago to the present.