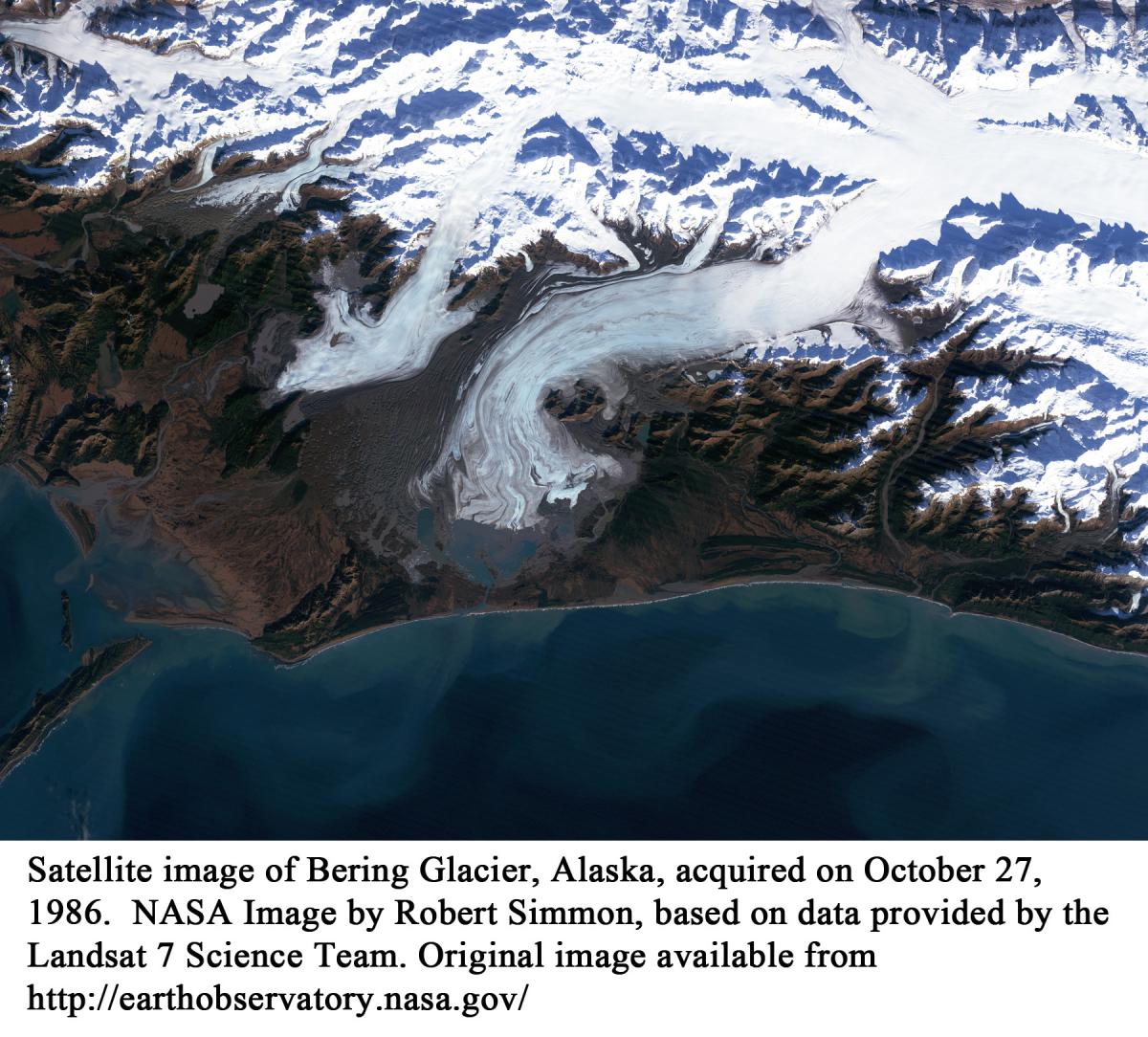 Often, when people hear the words "Ice Age" they think of glaciers covering much of North America and Eurasia, animals like mammoths and saber-toothed cats, and Cro-Magnon people painting cave walls. These things come to mind because the phrase "Ice Age" often refer to the last time that glaciers extended over a large portion of the Earth's surface, roughly 20,000 years ago. However, this was only the most recent period of glaciation within a much longer period of globally colder climate conditions, known as an ice age.

Over the past 1 billion years, the amount of ice covering the Earth's surface has fluctuated greatly with global climate conditions. During much of this period, the climate has been relatively warm with little to no permanent ice coverage. However, during ice ages, the Earth experiences much wider temperature deviations between the poles and the equator, with cold temperatures and permanent ice in the polar regions, and large continental-sized glaciers covering much of the Earth's surface in the high to mid latitudes.

Even within an ice age, the global climate may fluctuate between relatively cooler periods of glaciation and warmer interglacial conditions. Our current climate is actually one such interglacial period, suggesting that a new period of glaciation may be imminent (geologically speaking). This expectation is at odds with the increased global warming our planet is currently undergoing, suggesting that the Earth's future climate may not follow the patterns of the past. In fact, one of the big debates amongst the public, members of the media, and members of the scientific community is whether or not our planet is poised on the brink of a new "Ice Age" - will our planet continue to warm, potentially signifying the end of the current ice age, or will we enter a period of rapid cooling, triggering new glaciation.

To begin to understand ice ages we must answer the following questions:
* What is an ice age?
* When have ice ages occured?
* Why do ice ages occur?
* Why does climate fluctuate within an ice age?
* How do we know ice ages have occured?
These questions are explored through the menu links to the left of this section.
Related Resources: